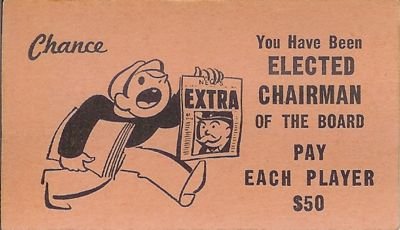 How corrupt is the Trump Administration? To answer that, one could start by digging into a topic such as foreign emoluments or regulatory capture. Or one could just follow the news of the day. For example, let’s take the news of just yesterday, March 13, 2018:

Today President Trump fired Secretary of State Rex Tillerson, moved CIA Director Mike Pompeo to secretary of state, and bumped up Deputy Director Gina Haspel to CIA director. On Haspel’s resume is the overseeing of torture during interrogations at a secret prison in Thailand, and destroying the video evidence of it.

In another firing today, Trump ousted his personal assistant, John McEntee. Because he is under investigation for financial crimes, McEntee cannot get a full security clearance.

Trump is considering yet another firing, that of Veterans Affairs Secretary David Shulkin. The only holdover from the Obama Administration, Shulkin thought he had weathered an ouster attempt by administration officials, who were unhappy with his lack of enthusiasm for privatizing the VA. But Trump, at a signing ceremony of a VA-related bill in June, may have given Shulkin the “kiss of death.” The New York Times reported:

Mr. Trump said his secretary did not have to worry about hearing the president’s old reality-show catchphrase, “You’re fired.”

But Skulkin has given foes an excuse for firing him, by apparently taking a nice sightseeing trip with his wife to Wimbledon and Denmark, and passing it off as VA business. The department’s Inspector General found “serious derelictions” with that trip.

“I told them that the information was wrong, they asked me to deflect, and I didn’t agree with that,” said ICE spokesman James Schwab. After Oakland Mayor Libby Schaaf caught wind of a planned ICE sweep through California and warned the public, administration officials exaggerated the impact of that warning. The exaggerations, by ICE Director Thomas Homan, Attorney General Jeff Sessions, and President Trump, were widely reported. Said Schwab:

We were never going to pick up that many people. To say that 100 percent are dangerous criminals on the street, or that those people weren’t picked up because of the misguided actions of the mayor, is just wrong.

It’s the job of a public affairs officer to offer transparency for the agency you work for. I felt like we weren’t doing that. I’ve never been in a situation when I’ve been asked to ignore the facts because it was more convenient. It was my first time being asked to do that.

All of the above news items were taken from the March 13 issue of the “What The Fuck Just Happened Today?” blog by Matt Kiser. He started out to chronicle the Trump Administration’s first 100 days, but is now at Day #418, and working at it full time. So, he has credited Trump with creating one new job.

Trump is considering yet another firing “Trump Eyes Replacing His Veterans Affairs Secretary With His Energy Chief” By MAGGIE HABERMAN and NICHOLAS FANDOS, The New York Times March 13, 2018

The exaggerations “How immigration raids have — and haven’t — changed under the Trump administration” – PRI’s The World via Raw Story;
17 MAR 2018

James Schwab, who worked in ICE’s San Francisco office, told reporters he quit last week because he could not defend misleading statements from high ranking officials about ICE’s most recent four-day operation in California, which resulted in 232 arrests.

An official with the Department of Homeland Security told the New York Times that it is normal for immigration enforcement operations to net about 30 percent of their intended targets, which would be about 300 in the northern California raid.

Despite this, Attorney General Jeff Sessions continued to hammer Oakland’s mayor for warning residents about the special operation. During a speech in Sacramento, California on March 7, he said: “According to Acting Director Homan, ICE failed to make 800 arrests that they would have made if the mayor had not acted as she did. Those are 800 wanted aliens that are now at large in that community — most are wanted criminals that ICE will now have to pursue with more difficulty in more dangerous situations, all because of one mayor’s irresponsible action. So here’s my message to Mayor Schaaf: How dare you. How dare you needlessly endanger the lives of law enforcement just to promote your radical open borders agenda.”

President Trump also hammered the Oakland mayor saying: “They had close to 1,000 people ready to be gotten, ready to be taken off the streets … they say 85 percent of them are criminals and had criminal records. And the mayor of Oakland went out and warned them, scattered, so instead of taking in a thousand they took in a fraction of that.”