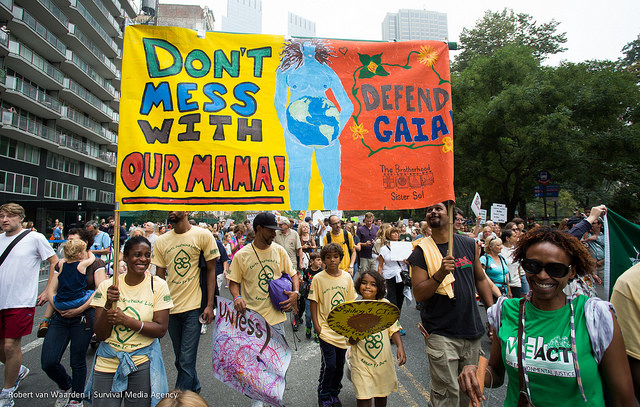 (1896) It’s been 119 years since the scientist Svante Arrhenius published his formula for the greenhouse effect, and the idea that the burning of coal, by adding CO2 to the atmosphere, would raise the earth’s average temperature.

(1900) It’s been 115 years since the turn of the 20th century, when Nikola Tesla, the visionary inventor who devoted his life to making abundant, clean energy for humanity, gave his outlook on energy sources:

(1979) It’s been 36 years since President Jimmy Carter spearheaded a national solar energy program, and installed solar panels on the White House roof. But a few years later, his successor, President Ronald Reagan, gutted the solar energy program, and removed the solar panels from the White House roof. Reagan went on to become an icon of the modern Republican Party, also known as the “Grand Oil Party.”

(1979) It’s been 36 years since the UN convened the First World Climate Conference, which led to the creation, 27 years ago, of the UN’s Intergovernmental Panel on Climate Change (IPCC). The IPCC creates the world’s foremost comprehensive climate report.

(1988) It’s been 27 years since NASA scientist Jim Hansen, during a heat-wave in D.C., warned Congress that the greenhouse effect, strengthened mainly by CO2 released in burning fossil fuels, was almost certainly the main cause of global warming, and that we were beginning to see the effects in more extreme weather events, such as heat waves.

(1990) It’s been 25 years since the IPCC issued its first assessment report, which stated:

Emissions resulting from human activities are substantially increasing the atmospheric concentrations of the greenhouse gases: carbon dioxide, methane, chlorofluorocarbons (CFCs) and nitrous oxide. These increases will enhance the greenhouse effect, resulting on average in an additional warming of the Earth’s surface. …

The report warned that:

Increases in atmospheric concentrations of greenhouse gases may lead to irreversible change in the climate which could be detectable by the end of this century.

In following reports, comprising more-and-more knowledge, the likelihood of the observed average global warming being due to human greenhouse gas (GHG) emissions (mostly fossil fuel use) has risen:

(1992) It’s been 23 years since the Earth Summit in Rio produced the world-wide treaty, the United Nations Framework Convention on Climate Change (UNFCCC), to “stabilize greenhouse gas concentrations in the atmosphere at a level that would prevent dangerous anthropogenic interference with the climate system”.

(1992) It’s been 23 years since then-Senator Al Gore published the book “Earth in the Balance: Ecology and the Human Spirit,” which called for a “global Marshall Plan,” making “rescue of the environment the central organizing principle for civilization.” It’s been 15 years since Gore officially lost the presidential election to Grand Oil Party candidate George W. Bush. While Gore did not make global warming the central organizing principle of his campaign, he did favor urgent action. Bush favored no action on global warming until having “all the facts.” And, indeed, during eight years as president, he took virtually no action, except to prevent addressing the problem.

(1997) It’s been 18 years since the Kyoto Protocol was signed, setting legally binding GHG emissions cuts for developed countries. At the same time, it was declared “dead on arrival” by Grand Oil Party Senate leaders, leaving the United States as the only country to sign but not ratify the treaty. It’s been 14 years since President George W. Bush officially withdrew the U.S. from the Kyoto treaty. It’s been ten years since the Kyoto Protocol took effect, with enough ratifying countries to comprise 55% of world GHG emissions.

(2008) It’s been seven years since 350.org formed to organize a bottom-up movement around the goal of paring down CO2 atmospheric concentration from what was then 386 parts per million to less than 350 ppm, in order “to preserve a livable planet.” It’s been two years since the measured concentration first breached 400 ppm, and just weeks since the monthly global average registered 400 ppm.

(2008) It’s been seven years since the spectacle of the Grand Oil Party’s McCain-Palin presidential campaign, with the battle cry of "Drill, Baby, Drill", got drubbed by voters.

(2009) It’s been about six years since, while driving on I-71 South to Columbus, I slowly passed what seemed like hundreds of cars parked on the shoulder, all waiting for an utter downpour to let up. I may have seen a downpour or two like that in the 20th century, but in the 21st they seem to come much more often. Another thing that, to my memory, is new in the 21st century — winter thunderstorms.

(2009) It’s been six years since U.S. Senate Democrats tried to advance a law to limit greenhouse gases to 20% under 2005 levels by 2020 — a cut 7% under that of Kyoto. The bill would have given the U.S. a respectable position at the upcoming Copenhagen climate meeting. The committee meeting for work on the bill was boycotted by all committee members of the Grand Oil Party.

(2010) It’s been five years since the 2010 Cancún agreements, which set a target that future global warming should be limited to below 2.0 °C (3.6 °F) more than the pre-industrial temperature.

(2011) It’s been four years since Ohio governor John Kasich, of the Grand Oil Party, took the reins, and began carrying out two of his pet policies: canceling the Cleveland-Columbus-Cincinnati passenger train, and opening up the state parks to fracking.

(2012) It’s been three years since Hurricane Sandy sat with its eye off the coast of New Jersey, battering the Eastern Seaboard, and at the same time, some 500 miles (805 km) away, whipping the southern Lake Erie shore. Fed by the warmer ocean waters and ushered in by the loopier jet stream to join forces with a storm from the west, Hurricane Sandy had become a monster blowing tropical storm force winds over its thousand mile breadth. 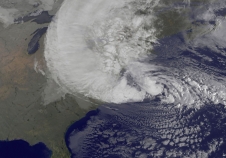 (2014) It’s been a year since Naomi Klein published the book “This Changes Everything,” which, after examining tries at working within the capitalist system with market-based solutions and the big ideas of would-be beneficent billionaires, finds

… that no one is going to step in and fix this [climate] crisis; that if change is to take place it will only be because leadership bubbled up from below.

(2014) It’s been one-half year since the presidents of the world’s two most GHG-emitting countries — the U.S. and China — agreed on a plan to reduce greenhouse gases.

(2014) It’s been one-half year since some 400,000 persons took to the streets of New York City — joined by many more around the world — for the People’s Climate March.

After all these years of warnings and planning, with ever-increasing GHG concentrations and ever-worsening weather, rising seas, and melting ice formations, we still don’t have a working world-wide action plan to cut GHG emissions and keep global warming to a fairly livable level. What can everyday people do? Those with the will and the way can join the uprising at 350.org or The Climate Mobilization. And every adult citizen of the U.S.A. should, at the very least, be sure to vote, and vote out the Grand Oil Party. 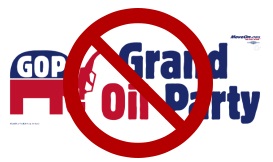 during a heat-wave “His Bold Statement Transforms the Debate On Greenhouse Effect” By JOHN NOBLE WILFORD; The New York Times; August 23, 1988

2013 IPCC, 2013: Summary for Policymakers. In: Climate Change 2013: The Physical Science Basis. Contribution of
Working Group I to the Fifth Assessment Report of the Intergovernmental Panel on Climate Change

Earth in the Balanceby Sen. Al Gore; via OCLC WorldCat

passed some of the strongest standards “The battle of Ohio: clean energy vs. coal” by Richard Martin; Fortune; OCTOBER 9, 2014

set a target “International climate change negotiations – Key lessons and next steps” – Smith School of Enterprise and the Environment; University of Oxford; July 2011

opening up the state parks “After Years Of Planning, Kasich Says He Never Wanted To Frack State Parks” by Joseph; Plunderbund; February 19, 2014

ushered in “Why did Hurricane Sandy take such an unusual track into New Jersey?” by Dr. Jeff Masters; Weather Underground; October 31, 2012

This Changes Everything by Naomi Klein; 2014

agreed on a plan “U.S. and China Reach Climate Accord After Months of Talks” By MARK LANDLER; The New York Times; NOV. 11, 2014

passed a bill “‘Pollute at Will’ Bill Enjoys Widespread Support From House Republicans” By Katherine Bagley; InsideClimate News; May 6, 2015

the California PTA resolved “Climate Change Lands on Agenda of the PTA” By Katherine Bagley; InsideClimate News; May 19, 2015

The consequences of this shameful neglect of our stewardship of the earth are becoming more painful every year. My heart breaks to think what my granddaughter will be inheriting from us. Thank you for this clear-eyed, well-documented history of the war between human intelligence–studying and finding alternative energy sources–and human greed.