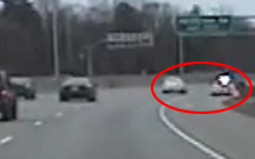 The Ohio governor’s race seems to have turned on a character flaw of the Democratic candidate, Cuyahoga County Executive Ed FitzGerald. The major news media have given wide and detailed coverage to the story that FitzGerald had been driving on an expired or temporary driver’s license over a period of ten years. Out of seven major newspapers’ endorsements, six have gone to the Republican and current governor, John Kasich. The most FitzGerald could muster was a "none of the above" from The Toledo Blade, which dinged him for a "casual approach to the law that would not befit a potential governor." Fitzgerald admits to the character flaws of procrastination and carelessness in this matter, and apologizes for taking "the focus off of the crucial issues Ohio is facing." But this story should not be the last word in the governor’s race. Kasich has also shown some troubling character flaws. And, more importantly, there is a great policy gulf between the two candidates that, given the governor’s agenda-setting and veto powers, would have a great effect on the people of Ohio.

The major news media have also reported several stories that show the character flaws of Kasich — though not so widely nor in such detail, and not in the heat of an election campaign. Let’s take the story of Kasich’s "idiot cop." The facts of this story are backed by a police dashcam video and a video of Kasich’s lecture to the Ohio EPA.

In 2008, Kasich, traveling on a freeway, cruises right by a state trooper on the berm with rooftop lights flashing (dashcam video 00:18). Contrary to law, he does not get over a lane nor slow down for the parked public safety vehicle displaying lights. Traveling right behind Kasich, a policeman witnesses the traffic violation and pulls Kasich over (00:38). Kasich says that he didn’t see the parked police car (1:25). After returning with the ticket, the policeman explains to Kasich that he will have to appear in court or get an arrest warrant (8:55). Kasich again says that he didn’t see the parked police car, and the policeman explains that, yes, the state trooper was there on the right-hand side of the road. In response to something Kasich says, the policeman consoles him saying, "It happens to everybody on occasion, sir, OK, you’re just gonna have to watch out." (10:15) Kasich asks if there is any way to just pay the fine. The policeman says no, and explains that by Ohio law, a court appearance is mandatory for this type of violation. Throughout this traffic stop, the policeman was the picture of a respectful, professional public servant.

Three years later, now-Governor Kasich, calls in the whole Ohio EPA for a talk. Kasich lectures them on customer service, as he had (falsely) blamed the EPA for delaying the permit for a gas-fueled power plant. As an example of poor customer service, he holds up the respectful policeman that had given him a ticket three years ago. "Have you ever been stopped by a policeman who was an idiot?" Kasich asks. But the crowd does not answer. "I had this idiot pull me over on 315," he continues. In Kasich’s story, there was no parked emergency vehicle, because "The last thing I would ever do would be to pass an emergency … are you kidding me?" And he faults the policeman for informing Kasich that he would have to appear in court or get an arrest warrant. Kasich says, "He’s an IDIOT!"  And continues, "You just can’t act that way, and what people resent are people who are in the government who don’t treat the client with respect.

So, the story of Kasich’s "idiot cop," seems to point out some character flaws of the governor. First, the fact that he denies seeing the emergency vehicle with flashing lights, I think points to either tunnel vision while driving or self delusion. Secondly, the fact that he still brings up this story with emotion three years later, I think shows that he carries a long grudge. Thirdly, the fact that he damns a perfectly respectful policeman, with the epithet "idiot," I think shows meanness, arrogance and maybe a lack of respect for working persons or public servants — or maybe just for those who have authority over him. And to hold that policeman up as an example of lack of respect, shows that Kasich doesn’t know the meaning of the word.

Now, let’s look past the character flaws and measure the policy gulf between the two candidates by looking at some of the issues:

Please, be sure to vote on Tuesday, November 4th. 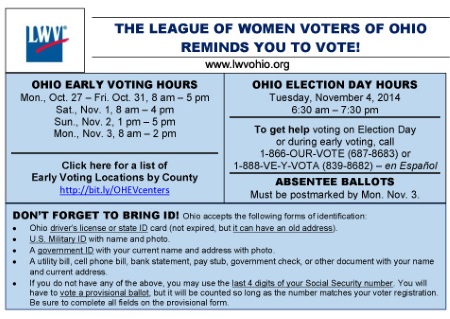 Kasich gets a ticket — dashcam video

calls in the whole Ohio EPA “Kasich publicly berates EPA employees then lectures them about talking to the press” By Joseph; Plunderbund; January 21, 2011

blamed the EPA “Governor Kasich caught lying to the press… by the Columbus Dispatch!” By ModernEsquire; Plunderbund; January 18, 2011

standards on hold “The battle of Ohio: clean energy vs. coal” by Richard Martin, Fortune; October 9, 2014

right to shirk ‘“Right to Shirk” Undercuts the Right to Work’ by Quinn Hungeski, The Paragraph; February 12th, 2012

veto any “right to shirk” “Issues: Jobs and Economic Security” – FitzGerald-Neuhardt for Ohio

operates in the open “Issues: Accountability” – FitzGerald-Neuhardt for Ohio

strongly for it “Issues: LGBT Equality” – FitzGerald-Neuhardt for Ohio