The big news story of the past week was that New York Governor Eliot Spitzer had been patronizing prostitutes, and, in the glare of the media spotlight, quickly gave up his office.x40 But evidence points to a bigger story — that the Bush Justice Department did a hit on a Democratic enemy of its crony financial corporations. Consider that:

So, weighing this evidence, which was the bigger story last week: “Politician Caught with Pants Down” or “Bush Gang Cuts Down Sheriff of Wall Street”? 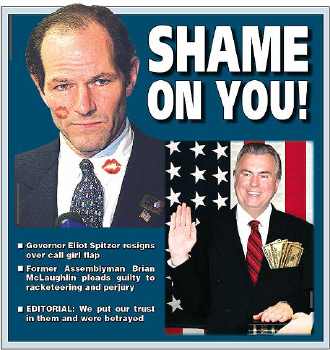 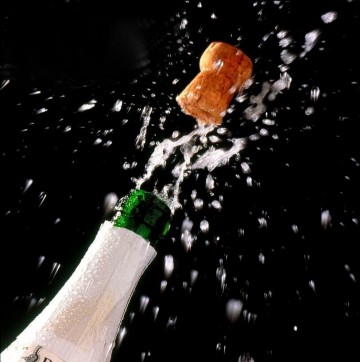 An employee of a major investment bank, who requested anonymity, said the company chef had been instructed to break out bottles of champagne so that the staff could party and swap jokes about “client No. 9″ (i.e. Spitzer). New York Post

While the FBI has made gains in its scientific capabilities and understanding of anthrax, its slowness to move and its lack of direction in the early stages of the investigation led to missed opportunities. In this age when we face a new kind of enemy, we need to be able to adapt our counterterrorism and law enforcement strategies to meet the threat.

We ought to use this fifth anniversary of the attack to rededicate ourselves to solving the crime and ensuring that we are better prepared to confront similar attacks.

First, the FBI and the Justice Department must treat this investigation with urgency. Solving the crime would send an important message to the perpetrator(s), to those who are contemplating similar attacks and to the American people.

[Future chief of staff to Attorney General Alberto Gonzalez, D. Kyle] Sampson wrote, “we would like to replace 15-20 percent of the current U.S. Attorneys — the underperforming ones . . . The vast majority of U.S. Attorneys, 80-85 percent, I would guess, are doing a great job, are loyal Bushies, etc., etc.”

Five of the eight [fired federal prosecutors] were either aggressively prosecuting Republicans or else failing to prosecute Democrats to the satisfaction of local politicians.

Note that this prosecution was managed with staffers from the Public Integrity Section at the Department of Justice. This section is now at the center of a major scandal concerning politically directed prosecutions. During the Bush Administration, his Justice Department has opened 5.6 cases against Democrats for every one involving a Republican. Beyond this, a number of the cases seem to have been tied closely to election cycles. Indeed, a study of the cases out of Alabama shows clearly that even cases opened against Republicans are in fact only part of a broader pattern of going after Democrats.

A … key figure from the Alabama clan of [Jack] Abramoff associates is Dan Gans, … a Republican “voting technology expert” who played a mysterious role in the 2002 gubernatorial election—he was in Republican controlled Bay Minette, Alabama, when 6,000 votes inexplicably shifted from Siegelman’s column to Riley’s due to a “computer glitch.” Now this is significant for a number of reasons. The likelihood that this was an innocent “computer glitch” in which only one single candidate—Don Siegelman—lost votes is approximately zero.

… [Siegelman] describes having gone to bed on Election Night after having been declared the victor by 6,000 votes following the publicly-counted results. But then, he was then awoken at about 4:30am with the shocking news that the numbers had magically been flipped after the all-Republican Election Board in Baldwin County had “re-counted” the results, illegally, by themselves, after midnight.

Seigelman’s only guess about what could have happened: “Somebody electronically manipulated the election results.”

The results were then certified immediately by the Republican AG who denied a legally requested hand-count, and the votes were then immediately sealed and locked away beyond reach.

“This elections was stolen,” Seigelman alleges in the video, “There is no other kind, or sugar-coated way to say it.”

The CBS piece, … came through on its promise to deliver several additional bombshells. The most significant of these was the disclosure that prosecutors pushed the case forward and secured a conviction relying on evidence that they knew or should have known was false, and that they failed to turnover potentially exculpatory evidence to defense counsel. The accusation was dramatically reinforced by the Justice Department’s failure to offer a denial.

53 ‘Predatory Lenders’ Partner in Crime — How the Bush Administration Stopped the States From Stepping In to Help Consumers’ By Eliot Spitzer, The Washington Post, February 14, 2008

I found it ironic that an old, and outspoken, conservative like Ben Stein seemed to agree that Spitzer was targeted. Telling in itself.

Yes, I see. Robert Novak, too. And a guy who has a Nixon tattoo on his back may have been in on the targeting.