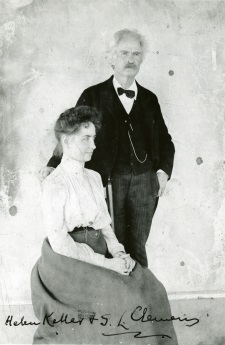 Mark Twain felt he had to write an autobiography, but didn’t feel right doing it. He found the literary form too rigid, and drudgery to write year-by-year, cradle-to-grave. After several false starts, he at last found a way that suited him:

Finally in Florence in 1904, I hit upon the right way to do an Autobiography: start it at no particular time of your life; wander at your free will all over your life; talk only about the thing which interests you for the moment; drop it the moment its interest threatens to pale, and turn your talk upon the new and more interesting thing that has intruded itself into your mind meantime. Also, make the narrative a combined Diary and Autobiography. In this way you have the vivid things of the present to make a contrast with memories of like things in the past, and these contrasts have a charm which is all their own. No talent is required to make a combined Diary and Autobiography interesting. And so, I have found the right plan. It makes my labor amusement—mere amusement, play, pastime, and wholly effortless. It is the first time in history that the right plan has been hit upon.

To spare the feelings of some that he wrote about, and to give himself the freedom to write honestly, Twain — also known by his birth name, Samuel Clemens — left an instruction that the book not be published in whole until he was 100 years dead. And so it happened — in 2010 the first of three volumes of the autobiography came out, issued by The Mark Twain Project, which is stationed at the University of California. The entire work is published online HERE.

So, by design, this diary-autobiography, filled with rich depiction and dashed with wit, rambles — for 265 pages in volume one. Twain tells of his brush with subconscious plagiarism; of Ulysses S. Grant’s answer that the “march to the sea” was neither his nor General Sherman’s idea, but the enemy’s doing, for surprisingly leaving the way open; how his daughter Suzy and his wife were best friends; how proud and happy he was to get a big laugh from telling his first humorous story; how his first two minutes on the lecture circuit spent in total stage freight steeled him against it ever after; and many more stories. But where did the editors stop, and with what story and words do they leave the reader?

The last story begins with the prior night’s meeting of an association to uplift the adult blind, at which Twain served as chairman, and for which he held high hopes:

It will do for the adult blind what Congress and the several legislatures do so faithfully and with such enthusiasm for our lawless railway corporations, our rotten beef trusts, our vast robber dens of insurance magnates; in a word, for each and all of our multimillionaires and their industries—protect them, take watchful care of them, preserve them from harm like a Providence, and secure their prosperity, and increase it.

Helen Keller was to have spoken at the meeting, but, due to illness, could not attend. Next, Twain tells of the first time he met Keller, when she was 14:

Mr. Howells seated himself by Helen on the sofa and she put her fingers against his lips and he told her a story of considerable length, and you could see each detail of it pass into her mind and strike fire there and throw the flash of it into her face. Then I told her a long story, which she interrupted all along and in the right places, with cackles, chuckles, and care-free bursts of laughter. Then Miss Sullivan put one of Helen’s hands against her lips and spoke against it the question “What is Mr. Clemens distinguished for?” Helen answered, in her crippled speech, “For his humor.” I spoke up modestly and said “And for his wisdom.” Helen said the same words instantly—“And for his wisdom.” I suppose it was a case of mental telegraphy, since there was no way for her to know what it was I had said.

Keller sent a letter for Twain to read at the meeting. Twain recounts how he had introduced the letter to the assemblage:

… I said that if I knew anything about literature, here was a fine and great and noble sample of it; that this letter was simple, direct, unadorned, unaffected, unpretentious, and was moving and beautiful and eloquent; … I said I believed that this letter, written by a young woman who has been stone deaf, dumb, and blind ever since she was eighteen months old, and who is one of the most widely and thoroughly educated women in the world, would pass into our literature as a classic and remain so. I will insert the letter here.

And the last words in volume one of the “Autobiography of Mark Twain” are not Twain’s, but Keller’s:

At your meeting New York will speak its word for the blind, and when New York speaks, the world listens. The true message of New York is not the commercial ticking of busy telegraphs, but the mightier utterances of such gatherings as yours. Of late our periodicals have been filled with depressing revelations of great social evils. Querulous critics have pointed to every flaw in our civic structure. We have listened long enough to the pessimists. You once told me you were a pessimist, Mr. Clemens; but great men are usually mistaken about themselves. You are an optimist. If you were not, you would not preside at the meeting. For it is an answer to pessimism. It proclaims that the heart and the wisdom of a great city are devoted to the good of mankind, that in this the busiest city in the world no cry of distress goes up, but receives a compassionate and generous answer. Rejoice that the cause of the blind has been heard in New York; for the day after, it shall be heard round the world.

NOTE: The prior verion of the article had the wrong assumption that the whole work had been published and that Twain had chosen to end it with the Helen Keller story. Volume two is due out October 1, 2013, and volume three in 2015.

Also: Helen Keller in Her Own Words

had to write an autobiography “Here begin the Florentine Dictations. [John Hay]: Paragraph 14,” in Autobiography of Mark Twain, Volume 1. 2010, 2008.