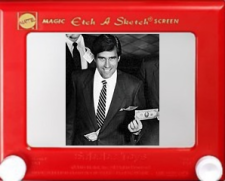 Romnesia is a memory malady typified by the 2012 United States presidential candidate, Mitt Romney. There are at least two types of this malady. The first type is the habitual politician’s flip-flop, but, upon taking the “flop” position, blacking-out on having ever held the “flip”. Among the many that have noted this malady in Romney is Rudy Giuliani, a candidate for the 2008 Republican presidential nomination. He said, “I’ve never seen a guy change his positions on so many things so fast, on a dime.” After the second candidates’ debate, Romney’s opponent, President Barack Obama, sought to define this type of Romnesia:

[N]ow that we’re 18 days out from the election, Mr. “Severely Conservative” wants you to think he was “severely kidding” about everything he’s said over the last year. He told folks he was “the ideal candidate” for the Tea Party, now suddenly he’s saying, “what, who, me?” He’s forgetting what his own positions are, and he’s betting that you will too.

Now, I’m not a medical doctor but I do want to go over some of the symptoms with you because I want to make sure nobody else catches it.

If you say you’ll protect a woman’s right to choose, but you stand up at a primary debate and said that you’d be “delighted” to sign a law outlawing that right to choose in all cases – man, you’ve definitely got Romnesia.

Now, this extends to other issues. If you say earlier in the year I’m going to give a tax cut to the top 1 percent and then in a debate you say, I don’t know anything about giving tax cuts to rich folks – you need to get a thermometer, take your temperature, because you’ve probably got Romnesia.

He’s hoping you won’t remember that he wants to give millionaires and billionaires a $250,000 tax cut. And the reason he can’t explain it is because the only way to pay for it is either by blowing a hole in the deficit, making it even bigger, or making your taxes higher.

… He’s hoping that if he just keeps on saying how much he loves cars over and over again that you won’t remember he wrote an article that was titled, “Let Detroit Go Bankrupt.”

The second type of Romnesia is the illusion of the rich person born on third base that thinks one hit a triple, but blacking-out on one’s given advantages to the point of losing sympathy and a sense of responsibility towards those without such advantages. The columnist, George Monbiot, defined this type of Romnesia in an article published in September:

We could call it Romnesia: the ability of the very rich to forget the context in which they made their money. To forget their education, inheritance, family networks, contacts and introductions. To forget the workers whose labour enriched them. To forget the infrastructure and security, the educated workforce, the contracts, subsidies and bail-outs the government provided.

There is an obvious flip-side to this story. “Anyone can make it – I did without help” translates as “I refuse to pay taxes to help other people, as they can help themselves”.

Monbiot points out one symptom that the son of privilege Romney showed, blacking-out on a multi-million dollar federal bailout that saved his career:

… “Everything that Ann and I have,” Mitt Romney claims, “we earned the old-fashioned way”. Old-fashioned like Blackbeard perhaps. Two searing exposures in Rolling Stone magazine document the leveraged buyouts which destroyed viable companies, value and jobs, and the costly federal bail-out which saved Romney’s political skin.

Rolling Stone told how Bain and Company, after being bled dry by its founders, and tainted in a stock manipulation scheme, called Romney to the rescue. After Romney’s first rescue try failed, he pulled strings and issued threats to get a $10 million bailout from the FDIC. That federal bailout saved the management consulting company, as well as Romney’s future massive wealth and his political resumé. But of the federal bailout that saved the U.S. auto industry, Romney said, “[I]t was the wrong way to go.”

He said “What Republicans Say About Romney” – Political Irony

Romney said “What Romney Wants You (and Ohio) to Forget About the GM Rescue” by Jonathan Cohn; The New Republic; October 23, 2012

[F]or more details about the bankruptcy process, and why Romney’s preferred solution was different from Obama’s, see Jacob Adlerstein in the Huffington Post:

Romney was a vocal critic of the auto bailout, and most notably of the billions of dollars that the government loaned GM and Chrysler in the months preceding their bankruptcy filings. Implicit in his critique, however, is the belief that the restructurings of GM and Chrysler would have been just as successful (or more so) had the companies immediately filed for bankruptcy and only thereafter commenced negotiations with their stakeholders. This is known as a “free-fall” bankruptcy, and while many large and systematically important companies have successfully emerged and prospered after such bankruptcies (for example, most of our domestic airlines), many have also cratered, as such bankruptcies are generally recognized to be far more lengthy and costly, with an outcome that is far less certain. Indeed, no bankruptcy professional would counsel a free fall bankruptcy when an equally effective pre-negotiated bankruptcy is achievable.

However, even if a free-fall was, for whatever reason, Romney’s preferred prescription, the vital question his proposal left unanswered was who, if not the federal government, would have financed these free-fall bankruptcies? The Obama administration believed that its loans to GM and Chrysler, especially the loans made before they filed for bankruptcy, were necessary to permit the companies to continue operations while they negotiated with their stakeholders. Neither GM nor Chrysler, the administration concluded, could access the capital markets, both because of their own financial weakness as well as the collapse of financial markets around them in the wake of Lehman’s demise. The government, in short, was a true lender of last resort.

obama’s no stranger to the flip-flop, either:

Voted against increasing the debt limit; then supported raising it.

Campaigned against the Bush tax cuts; then extended all of them.

Promised to cut the deficit in half by the end of his first term; then proposed trillion dollar deficits.

Vowed the unemployment rate would be below 8% if his stimulus was passed; but then it broke 10%.

Said if you like your health plan you can keep it; but then threw seniors off Medicare Plus and employers are now saying they’ll dump people onto the public exchange.

Promised to have health care negotiations on live TV, but then reversed himself.

Voted against the Patriot Act, but then supported its extension.
Said lobbyists wouldn’t work in the White House; then gave them waivers to work there.

As far as the auto bailouts go, we’ll be left, at a minimum, $20 Billion short that won’t be paid back. Had another source been referenced for Romney’s stance, he did mention helping the automakers POST-bankruptcy, financially. The HP tends to be just a little bit biased (sarcasm).

Mark — I think you make some good points. But I would like to say something about a few of them:

Deficit: I think it’s a valid point, but I want to add some context. Obama was given the 2009 budget deficit of $1.4 trillion (10.1% of GDP). Three years later the deficit was $1.1 trillion (7.0% of GDP). That’s a significant reduction in the teeth of a near-depression. And there’s another year’s numbers yet to come in, so the book isn’t closed on this. http://www.cbo.gov/publication/43656

Unemployment rate: I don’t think Obama made it a vow, but at any rate, I want to give him a pass on this one. The official numbers he was using showed a 3.8% annual drop in GDP for the 4th quarter, but the final numbers, which came in much later, showed an 8.9% annual drop in GDP for the quarter. The Bush Crash was steep. http://www.dailykos.com/story/2011/12/14/1045367/-Obama-on-the-Economy-We-Didn-t-Know-How-Bad-It-Was

Guantanamo: I don’t think that Obama wanted to keep the Gitmo prison, but that he lost the battle with Republicans in Congress. http://www.washingtonpost.com/world/guantanamo-bay-how-the-white-house-lost-the-fight-to-close-it/2011/04/14/AFtxR5XE_story.html

Auto bailout: The source I used has Romney’s “wrong way to go” quote rendered in context. I also added in the notes a view of the rationale for the Obama bailout and of how Romney’s plan would have failed. But, I’ll give you that the author would have done better to cover the post-bankruptcy financing guarantees that Romney mentioned. http://www.nytimes.com/2008/11/19/opinion/19romney.html