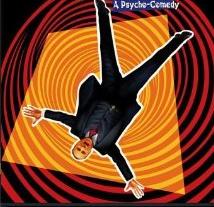 With House minority leader John Boehner (R-OH) already picking committee assignments, it seems the Republicans are eager to take control of the House — and resume America’s rapid downward spin into plutocracy. ++1 The downward spin sped up in 2001, when the Bush II Republicans came to power, slashed taxes for millionaires, and cut –- and refused to enforce — corporate regulation.2+3 That policy led to a jobless “economic expansion”, based on easy credit and inflating a housing bubble, that left the rich richer and the middle class poorer.4 In 2008, the bubble burst, shedding light on massive Wall Street fraud, and the Bush Crash occurred, throwing many millions out of work and home.5 In 2009, the Obama Democrats came to power, and slowed – if not reversed — the downward spin, and helped the stressed middle class and poor. President Obama continued use of the TARP bailout fund, which helped save the financial system and Wall Street banks — and also the retirement accounts of millions.6 Obama also used TARP to rescue Chrysler and GM, and keep many U.S. automobile factories open and running.7 Congressional Democrats – in the face of solid Republican opposition and absurdly frequent filibusters — passed acts to help people get health care and college education, rein in the banking and health insurance corporations, boost clean energy, and keep three-and-a-half million people working that would otherwise have been jobless.8+9+10+11+12+13+14 But, earlier this year, five Republican Supreme Court justices ruled that corporations could pour unlimited money into campaign ads right up to election day.15 And so corporate money has flowed, mainly for TV ads smearing Democratic candidates.16 Now, with voting day coming up Tuesday, and with Republicans again pushing tax cuts for millionaires and cuts in corporate regulation — along with cuts in help for the middle class and poor — we will soon see whether America keeps slowing or again speeds up its downward spin into plutocracy.17+18

<a name=plutocracy/>plutocracy: Government by the wealthy.

… According to the Congressional Budget Office and other authorities, extending all of the Bush tax cuts would have a small bang for the buck, the equivalent of a 10- to 40-cent increase in GDP for every dollar spent.

Why? As the CBO notes, most Bush tax cut dollars go to higher-income households, and these top earners don’t spend as much of their income as lower earners. In fact, of 11 potential stimulus policies the CBO recently examined, an extension of all of the Bush tax cuts ties for lowest bang for the buck. …

4 ‘Median income rose as did poverty in 2007; 2000s have been extremely weak for living standards of most households’ by Jared Bernstein, Economic Policy Institute, August 26, 2008

The economy of course expanded in the 2000s, but that growth clearly failed to reach most households, a dynamic that implicates growing income inequality.

It would be silly to say that the policies adopted in response to this—TARP and the AIG bailout, primarily—were the only possible responses. But absent some kind of (nominally) costly and unpopular bailout we would have had a costly and unpopular sequence in which people’s “safe” money market accounts were wiped out, to say nothing of perfectly solvent firms being suddenly unable to meet payroll.

While the revivals of GM and Chrysler are still works in progress, at least the automakers are still alive to launch the Chevrolet Volt and the new Jeep Grand Cherokee from the Detroit plants Obama will visit. And that’s about as big a triumph as the president can claim from his first 18 months on the job.

Yes, there are still partisan critics sniping about bailouts and “Government Motors.” But make no mistake about the Detroit rescue.
The fact that GM and Chrysler are not only alive but modestly profitable in a weak market, after years of losing billions of dollars when car and truck sales were 50% higher, looks like more than just a successful government intervention.

Most banks have paid back their bailout money. GM and Chrysler emerged from bankruptcies as leaner companies, repaid loans and stopped losing money. They are moving to shed their government ownership via stock offerings.

10 ‘Provisions of the Affordable Care Act, By Year’ — HealthCare.gov

Ending one of the fiercest lobbying fights in Washington, Congress voted Thursday to force commercial banks out of the federal student loan market, cutting off billions of dollars in profits in a sweeping restructuring of financial-aid programs and redirecting most of the money to new education initiatives.

The revamping of student-loan programs was included in — if overshadowed by — the final health care package. The vote was 56 to 43 in the Senate and 220 to 207 in the House, with Republicans unanimously opposed in both chambers.

Since the bank-based loan program began in 1965, commercial banks like Sallie Mae and Nelnet have received guaranteed federal subsidies to lend money to students, with the government assuming nearly all the risk. Democrats have long denounced the program, saying it fattened the bottom line for banks at the expense of students and taxpayers.

“Why are we paying people to lend the government’s money and then the government guarantees the loan and the government takes back the loan?” said Representative George Miller, Democrat of California and chairman of the Education and Labor Committee.

Democrats celebrated the legislation, a centerpiece of President Obama’s education agenda, as a far-reaching overhaul of federal financial aid, providing a huge infusion of money to the Pell grant program and offering new help to lower-income graduates in getting out from under crushing student debt. …

Here’s Oregon’s Jeff Merkley, one of the best players in the chamber on regulatory issues:

“I am pleased that the final bill includes the Merkley-Levin amendment that will ban high-risk trading inside the banks and put an end to conflicts of interest, where giants like Goldman Sachs bet against the very securities they were selling to their customers.  This provision will encourage banks to return to the days where their main focus was lending.  I can’t thank Senator Carl Levin enough for his tireless work to ensure that our banks won’t engage in high-risk trading and put our entire financial system at risk.

“In addition, I’m pleased that the bill includes provisions I championed to end some of the most egregious mortgage practices that led to the housing crisis and cost millions of families their homes.  The bill will ban steering payments, liar loans, and prepayment penalties and give Americans the transparency they deserve when purchasing their own home.   It will also create a Consumer Financial Protection Bureau dedicated to protecting consumers from financial tricks and traps, such as unfair overdraft fees and exploding interest rates.

“Now, this bill will not solve every problem in our financial system, and from my perspective, could be stronger in significant ways.  Regulators have been given an enormous amount of responsibility to implement the bill as intended.  In order to ensure that they hold up their end of the bargain, Congress needs to conduct vigorous oversight of government regulators and our financial markets.

Over a year after the Recovery Act of 2009 was signed into law, the U.S. Department of Energy says that $32.5 billion of the $36.7 billion it was authorized to spend is “spoken for,” and nearly 5,000 projects have been funded. The department has selected all but 1 percent of the proposals that will receive grants and contracts. So far, however, only $3.5 billion has actually been spent, and the money has only directly created 22,841 jobs.

This week, the DOE‘s senior advisor for Recovery Act implementation, Matt Rogers, provided an update on the department’s progress in identifying projects that will receive funding. While much of the Recovery Act focused on funding for near-term recession relief, including tax relief for individuals and support for local and state governments, the funding allocated to the DOE was mainly for projects with longer term payoffs, including building infrastructure such as wind farms and battery factories and conducting research.

CBO estimates that ARRA’s policies had the following effects in the second quarter of calendar year 2010:

House Republicans on Thursday rolled out their “Pledge to America,” a sweeping conservative agenda that calls for reining in federal spending, permanently extending all of the Bush tax cuts, and repealing President Obama’s signature health care law.

[T]hese are the Republican’s own talking points, an agenda they’ve clearly said they will set in motion (see sources below):