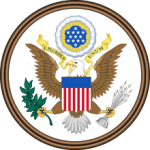 Out of many Equals, one more perfect union.

Out of many Peoples, one nation conceived in liberty.

Out of many Labors, one shared prosperity.

Out of many Urgencies, one fear, of fear itself.

Out of many Rights, one government of, by and for the people to secure them.

Out of many Individuals, one we the people.

Out of many Beauties, one brotherhood from sea to shining sea.

Out of many Unknowns, one first obligation to the truth.

Out of many Strivings, one equal protection of the laws.

Out of many United Nations, one world with freedom of speech, of worship, from want and from fear.

Out of many Needs, one purpose to promote the general welfare.

Out of many Undertakings, one purpose to secure the blessings of liberty to our posterity.

Out of many Movements, one long arc of the moral universe bending toward justice.

Note: An acrostic is a line-by-line piece of writing where the first letter, or other certain letter, in each line forms a message when read from the top – down. In the above piece, read down through the first (boldfaced) letters after “Out of many ” to see the message.

government of, by and for the people The Gettysburg Address

secure them U.S. Declaration of Independence

we the people Preamble to the U.S. Constitution

brotherhood from sea to shining sea America the Beautiful

first obligation to the truth Principles of Journalism

equal protection of the laws 14th Amendment to the U.S. Constitution

freedom of speech, of worship, from want and from fear FDR’s Four Freedoms Speech

promote the general welfare Preamble to the U.S. Constitution

to secure the blessings of liberty to our posterity Preamble to the U.S. Constitution

long arc of the moral universe bending toward justice Martin Luther King’s Sermon at the Ebenezer Baptist Church on April 30, 1967