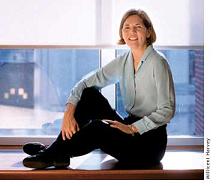 In September last year, the Bush regime left behind its old refrain that “the fundamentals of the economy are strong,” and went to Congress for a quick $700B to bail out collapsing banks stuck with toxic assets.x60x61 Then-Treasury Secretary Henry Paulson called for giving himself total control of the fund and making his decisions “non-reviewable … by any court of law or any administrative agency.“x62 Congress passed the Troubled Assets Relief Program (TARP) to provide the money, but wrote-in oversight, and created the Congressional Oversight Panel (COP). Senate Majority Leader Harry Reid (D-NV) appointed as chairman Elizabeth Warren, a bankruptcy law professor free of banking and government ties. In October, Paulson reported to COP that Treasury had used the TARP fund to buy assets “at or near par”, but COP researched and found that to be false: Paulson had overpaid by $78B, nearly a third of what was spent. Now, with a new regime, and Treasury Secretary Timothy Geithner in charge of TARP, the U.S. may be getting a better price for bank assets, but it still avoids taking over big banks, de-toxing them and selling them back into private hands — like the FDIC does for smaller failed banks. As chairman of COP, Warren does not give policy advice, but the professor did answer an interviewer’s question about what a bankruptcy proceeding for a bank would look like:

Here’s how it would work in a Chapter 11 if this were any other industry: all the equity would be wiped out, then the creditors would get a percentage on the dollar,” she said. “We would totally protect all the deposit accounts, and the rest of the debt would get some combination of stock and pennies on the dollar. The minute that happens, the banks are solvent, and new capital can flow in.”

The biggest taker of banking bailout money, AIG — getting $40B of TARP money in November, plus $43B from its own special bailout fund and $38B in loan money — is now in line to get another $30B from TARP.x63 Ouchy, ouchy, ouchy.

Photo of Elizabeth Warren by Millicent Harvey, published in the Harvard Law Bulletin

The American economy is the envy of the world, and we need to keep it that way, Bush said. “The fundamentals of our economy are strong … Job creation is strong. Real after-tax wages are on the rise. Inflation is low.”

“The fundamentals are strong,” Bush said. “We’re just in a rough patch, witnessed by the unemployment figures today.”

Beyond the $700 billion bailout known as TARP, which has been used to prop up banks and car companies, the government has created an array of other programs to provide support to the struggling financial system. Through March 2, the government has made commitments of nearly $9 trillion and spent $2.1 trillion. Here is an overview, organized by the role the government has assumed in each case.