From Climbing Mountains to Building Schools 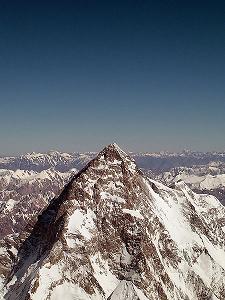 Greg Mortenson is an American, who grew up near Mount Kilimanjaro, where his father started a teaching hospital and his mother started a school.20+21 From that background, Mortenson became a nurse, and an avid mountain climber — but later switched to become an avid school-builder. The switch came with his try at climbing K2, the second-highest peak on Earth, so deep in the Himalayas that it had long stayed almost unseen — and nameless.22 Mortenson and his buddy gave up the climb after their exhausting rescue of an ill teammate.23 On the way down from base camp, Mortenson made a wrong turn, and eventually staggered into the village of Korphe, Pakistan. The village welcomed him and, over time, nursed him back to health. During his stay, Mortenson saw the state of the village’s schooling:26

… I walked behind the village, and I saw 84 children sitting in the dirt during their school lessons. There were five girls, 79 boys. What really struck me, though, was that there was no teacher there. And I said, where’s your teacher? And they said, Master Hussein is in the next village because we can’t afford his daily one dollar salary. So that day in ‘93 I made a promise to try and get a school built there.

After working at it for three years, Mortenson fulfilled his promise. Since then, his Central Asia Institute (CAI) has built 131 schools in rural Pakistan and Afghanistan.

Community Buy-In is Key to Success

The school-building process starts when persons of a village ask Mortenson to meet with them.23+24 Community members then take part in every stage of planning and building. The CAI provides the teacher training, materials and skilled labor, and the community provides the land, resources, and 2000 to 5000 days of manual labor. So with this community buy-in, in these countries where the Taliban has bombed or otherwise shut down hundreds of girls’ schools, only one CAI school has been attacked. Mortenson tells the story of how that school was closed and soon reopened:26

About 14 Taliban came in at night. They beat up the night watchman and the next day they said if anybody comes to school, we’ll kill you. The headmaster got on his bicycle. He pedaled about 23 miles. He went to the local commander. Now, he’s somewhat of a shady guy, but he also has two daughters in school, and so he rounded up about 120 men. He came in with his militia. He killed two Taliban and then, for lack of better words, he extracted information from the other Taliban.

And he found out they had gotten $3,000 to shut the school down from the local mullah. So today, some of those men are in prison and two days later, the school was reopened. He appointed 12 Askari, which are – Askari is like militia men – to guard the school. And they have orders that if anybody tries to hurt or harm the school or the students, that they should just shoot them. 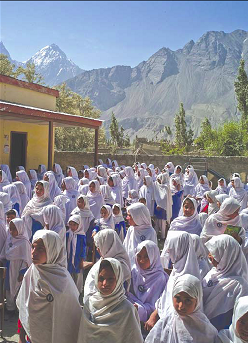 Well, it’s obvious the boys need education also. But as a child in Africa, I learned a proverb. And it says, “If we educate a boy, we educate an individual. But if we can educate a girl, we educate a community.” And what that means is when girls grow up, become a mother, they are the ones who promote the value of education in the community. The education of girls has very powerful impacts in a society. Number one, the infant mortality’s reduced. Number two, the population is reduced. The third thing is the quality of health improves. … And another compelling reason is when women are educated, they’re not as likely to condone or encourage their son to get into violence or into terrorism. In fact, culturally when someone goes on jihad, they should get permission from their mother first. And if they don’t, it’s very shameful or disgraceful. So when women are educated, as I mentioned, they are less likely to encourage their son to get into violence. And I’ve seen that happen … over the last decade in rural areas of Afghanistan, Pakistan. I mean, I could go on all day about this, but educating girls is very powerful.

A Girls’ School in Taliban Country

Mortenson tells the story of how the CAI came to be building a girls’ high school in the heart of Taliban country:24

[O]ne of our goals … was to put a girls’ high school in Urozgan province in Afghanistan, which is in the south. It’s the home of Mullah Omar, the leader of the Taliban — it’s probably one of the last bastions who are completely opposed to girls going to school. And so last year we kind of set a rough goal that would take us … 20 years to set up a girls’ school there. So this spring, a year later, we got contacted by … the elders of Urozgan province. They wanted to visit one of our schools. And we said sure. And so this summer they came to Char Asiab, where we have a girls’ school. And these are about 14 men. When they got to the school, these are, you know, some of them are, you know, kind of shady guys, black turbans. They’re armed to the teeth, have, you know, big, long beards. And when they got there, they saw the giant playground. So they threw down their weapons. For the next hour and a half, they went on the swings and slides and had a glorious time playing. And I finally kind of had to stop them and say, “You know, let’s get serious. We need to — this is the headmaster. We need to talk to the principal.” And he said, “No, no. We’re totally satisfied. We want a girls’ high school in Urozgan Province. But it has to have a playground. And you have to come and have tea with us.” So I got up the nerve in September to visit Urozgan. And this is an area, there’s no U.S. troops there. I mean, there’s no nothing there. There’s a lot of Taliban. We had a giant jirga. And I was pretty, you know, pale faced and kind of fearful. But it was a beautiful meeting. When they got done, they said, “We want to start this school. Of course we want the playground built first.” And so in October 2009 we started breaking ground on the school, and this year, in 2010, the school will be finished this summer.

From his many years of working with the people of Afghanistan, Mortenson gives two strong points of advice to officials of the United States, which has 100,000 of its soldiers in that country, along with 130,000 persons under contract.25 One point is to talk with the elders:24

Every province has three to five dozen shura. And these are elders. They’re poets. They’re warriors. They’re businessmen, a few women. And they’re not elected, but they’ve kind of risen up through the ranks. And these to me are the real people with integrity and power in Afghanistan. … And it’s not that difficult. You can do it at a district level, or local level, or at a national level. It’s, you know, I think half of diplomacy is just showing up. You know, we’ve got to actually just show up and start to talk and then maybe we could get somewhere.

And the other point is to not bomb people:24

[O]f all things that the elders say is, please, do not bomb and kill civilians. That is the number one way to antagonize people.

Book: Three Cubs of Tea – One Man’s Mission to Promote Peace . . . One School at a Time By Greg Mortenson and David Oliver Relin, 2007

Book: Stones into Schools: Promoting Peace with Books, Not Bombs, in Afghanistan and Pakistan By Greg Mortenson and Mike Bryan, 2009

23 ‘Teach a Girl, Change the World’ By Judith Stone, Good Housekeeping, May 2009

You are right! Educating girls is powerful!

Thank you for highlighting all the great work this man does in the world. He lives in my hometown and I am proud to walk the same streets as him.

Greg Mortenson has agreed to come speak at our fund raising events to help send Los Angeles girls to college. If you would like to see him, we have more information on our website: http://www.moste.org

Have a lovely day,

Greg Mortenson may be a less hyped media celebrity in India (strange, we are more engrossed with TRP builders like Kalmadi and Narendra Modi) but he is a recipient of the highest civil honour of Pakistan and has been twice nominated for the Nobel Peace Prize. His theory of building schools in Pakistan and Afghanistan to bring about peace in the region has been adopted by the US Army and you can read all about it in “Stones in to Schools: Promoting Peace with Books, Not Bombs in Pakistan and Afghanistan”. Available at uread.com.

Have recently been reading Greg Mortenson’s story. My brother also read the books and was deeply impressed as was I. I was reminded of a quote by H. W. Longfellow, “If we could read the secret history of our enemies we could find in each one’s life a sorrow and a suffering enough to disarm all hostility.”