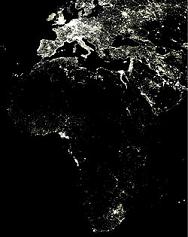 “For all the Pan-Africanism of the last four decades,” said Hugo Van Vuuren, “it is quite rare to have young students from South, East, and West Africa, in the same room without a soccer ball somehow involved.“x1 Van Vuuren was talking about himself and three other Africans, who along with two Americans formed LebÃ´nÃª Solutions, Inc.x2 LebÃ´nÃª (pronounced la-bo-nay, a Northern Sotho word for lamp) ventures to spread cheap, off-grid lighting throughout Africa with its product — a local electric system powered by a microbial fuel cell (MFC) that runs on dirt, manure or vegetable matter. The team met at a Harvard University engineering course called “Idea Translation”, where students were tasked to develop an idea, imagining light engineering as an art form. Van Vuuren described the MFC:

A microbial fuel cell taps into the energy that soil microbes generate when they break down organic matter. Literally, this is energy from dirt: no special microbes or conditions are needed other than enough moisture for the bugs to do their work.

Essentially all you do is dig a hole, layer an anode, some soil, sand and a cathode — and connect the anode and cathode to a circuit board to charge a battery that can power an LED (light emitting diode) light, run a radio or charge a mobile phone.

In Africa, 74% of the population is off the electric grid. LebÃ´nÃª‘s website describes the problem:x3

… Imagine a village at night in which students are walking to distant highways to study under streetlights, where small merchants are investing half of their resources to pay for kerosene lighting to run their operations, and where emergency health workers, if operating at all, are trying to stitch up wounds and perform surgeries by candlelight. …

A LebÃ´nÃª MFC electric unit can replace a kerosene lamp for $10 and a cubic meter of dirt. Units can be easily linked to multiply energy output. The underground system works through day and night, in wind and calm, is rugged, simple, lasts for years, and can be made in the region where it is used. This month, LebÃ´nÃª won a $200,000 World Bank grant in the Lighting Africa competition held in Accra, Ghana. LebÃ´nÃª will use that money as it begins field studies in the foothills of Kilimanjaro in July. It plans a large-scale product rollout in Tanzania for 2009.

Video from floor of Accra conference; Interview with Hugo Van Vuuren starts at 1:00

1 Harvard School of Engineering and Applied Sciences press release – May 14, 2008