Clayton Hall, 14, was bringing the baseball bat for a game in Minneola, Kansas, on “Black Sunday”, April 14, 1935, when the dust storm hit61: “I just got in the middle of the road, … and all of a sudden, I couldn’t see. I thought, well I just got some dust in my eyes. I rubbed my eyes, and it didn’t do any good, I finally got down on the ground, … put my nose to the ground, seen no more light.” Arthur Leonard was in Dodge City, also crossing a street when the black blizzard came and blocked his view to the other side62: “It was so bad. When it came in, it rolled; it didn’t just dust. It rolled over and over and over and over and over when it came in, and it was coal black …” This one storm blew up twice as much dirt as was dug up to make the Panama Canal63. The day started with a calm and clear sky, and persons in the Dust Bowl, parts of six states in the southern High Plains centered on No Man’s Land, used this break in the weather to unseal and open windows, and to shovel out the dust from prior storms that had gotten by the seals64. In the Dust Bowl drifts covered fence posts, scarce rain sometimes fell as mud drops, and dust clogged the lungs of both farm animals and people, killing many65. Dust storms discharged static electricity that shorted out cars, charred and killed garden plants and crops, and made barbed wire fences spark66. During the 1930’s, dust storms stripped the sod from vast swaths of the High Plains67. One storm in 1934 got up in the jet stream and went on to cover New York City in prairie dust68.

For ages before, tough grasses had held the soil and fed the buffalo that, in turn, fed the Indians69. But Americans whacked down that food chain: the Army vanquished the Comanches, Texans killed the last millions of the southern plains buffalo, and farmers plowed up the grass. The farmers were urged to move to the region by cattle ranch investors and the federal government. Unlike buffalo, cattle did not fare well on the southern High Plains, with its wind-whipped winters and harsh summer heat70. So around 1900, when the market price of cattle dropped, owners divided the huge ranches into small sections to sell to farmers. Marketeers lured farmers with claims such as “rain follows the plow”, saying that the very act of farming would bring rain in that arid land71. The federal government wanted to populate the region. It gave farmers free train rides to No Man’s Land, and stated that the soil “is the one resource that cannot be … used up72x73.” Cowboys also had something to tell the sodbusters: “the best side is up, don’t plow it under74.” Farmers used tractors and the disc plow to turn under the grass of 33 million acres, and many did well selling wheat, until the grain market crashed, not long after the stock market crash of 192975. About the same time a dry phase started in the Great Plains, and in 1930 the first dust storm of the period kicked up in western Kansas. The storm – black and rolling and crackling – was a curiosity. The weather bureau wrote it up and filed it away76.

“I didn’t know so much costly misinformation could be put into a single brief sentence,” said Hugh Hammond Bennett of the government’s claim that the soil cannot be used up. Bennett knew the country’s soil. He grew up farming in the foothills of the Blue Ridge Mountains using contour plowing and terracing, studied land use in college, went to work as a scientist for the Department of Agriculture (USDA), and took soil surveys in every state in the country77. In his field work he discovered sheet erosion, where each heavy rain takes a thin layer of uncovered soil. Few policy makers cared about soil erosion, but more took notice in 1928 when Bennett published a USDA report, “Soil Erosion: A National Menace”, which helped him get funding for a national soil erosion study78. In 1933, the energetic, problem-tackling New Deal administration of President Franklin Delano Roosevelt (FDR) came in, and Bennett became head of the new Soil Erosion Service. With over 150 Civilian Conservation Corps camps at his command, Bennett set up many large demonstration projects for erosion control, planting trees and cover crops, and building control structures. But Bennett wanted a permanent soil conservation agency, and, a few days after Black Sunday, he went to Capitol Hill to try to sell a Senate committee on creating one. Bennett knew that a dust storm was coming up the Ohio River Valley bound for D.C., so he stretched out his testimony. “Chapter by chapter, he annotated each dismal page with facts and figures from a reconnaissance he had just completed,” wrote a Bennett biographer, William Brink. “Out of one corner of his eye, he noted the polite stifling of a yawn, but Hugh Bennett continued deliberatively. … Presently one of the senators remarked—off the record—‘It is getting dark. Perhaps a rainstorm is brewing.’ Another ventured, ‘Maybe it’s dust.’ ‘I think you are correct,’ Bennett agreed. ‘Senator, it does look like dust.’ The group gathered at a window. The dust storm for which Hugh Bennett had been waiting rolled in like a vast steel-town pall, thick and repulsive. The skies took on a copper color. The sun went into hiding. The air became heavy with grit.” Before the month ended, FDR signed the Soil Conservation Act, creating the Soil Conservation Service. Bennett, as head of the new agency, created Soil Conservation Districts where the farmers in an area contract to use soil holding methods, and get federal guidance, equipment, seeds, supplies and labor for doing so79. These Soil Conservation Districts kept another dust bowl from forming during similar droughts in later decades80. The government also helped by turning parts of the Dust Bowl area back to its natural state, and today the Forest Service plans to bring buffalo back to the southern plains in these national grasslands81x82.

Above 3 maps from Report of the Great Plains Drought Area Committee, August 27, 1936 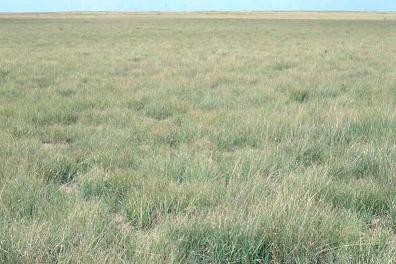 … Dr. John H. Blue of Guymon, Oklahoma, said he treated fifty-six patients for dust pneumonia … He was blunt. The doctor had looked inside an otherwise healthy young farm hand, a man in his early twenties, and told him what he saw. “You are filled with dirt,” the doctor said. The young man died within a day. – P.173

One hundred million acres had lost most of its topsoil and nearly half had been “essentially destroyed” and could not be farmed again, Bennet said. Think about the size, Bennet said: an area stretching five hundred miles north to south and three hundred miles east to west was drifting and dusted; two thirds of the total area of the Great Plains had been damaged by severe wind erosion – an environmental disaster bigger than anything in American history.

Also in 1909, as a measure of the Bureau’s view of the perishability of soils, whether by erosion, by chemical or physical degradation, or by these factors in combination, the Bureau of Soils published its Bulletin 55. In this Bulletin, Professor Milton Whitney, Chief of the Bureau of Soils, argued that the soil was of inexhaustible and permanent fertility: “The soil is the one indestructible, immutable asset that the Nation possesses. It is the one resource that cannot be exhausted; that cannot be used up.” At a later time, Bennett reacted to Whitneys statement: “I didn’t know so much costly misinformation could be put into a single brief sentence.” While Whitney no longer censored discussions of erosion out of Bennett’s reports, he apparently intended to “cool” Bennett down by sending him on surveys and projects in Alaska and Cuba, and in South and Central America.

Soon after the publication of this circular, Bennett finally saw some federal funding approved for erosion research. This came about through his connection to A. B. Conner, Director of the Texas Experiment Station. According to a prearranged plan, Conner was to discuss erosion with Congressman Buchanan of Texas. When the congressman maintained, as they expected he would, that federal money was to be spent for defense, Conner would bring up the large expenditure for battleships, and then argue that protecting the soil that supports the citizenship protects the nation. This devious arrangement worked and, as a result, Bennett was soon asked to testify before Buchanan’s subcommittee. An amendment was attached to the 1929 appropriation for the Department of Agriculture authorizing $160,000 over four years for soil erosion research. This money was to be used by the USDA “to investigate the causes of soil erosion and the possibility of increasing the absorption of rainfall by the soil in the United States.”

The government response was the organization of Soil Conservation Districts to coordinate erosion control efforts and to subsidize investments. Since the federal government did not have authority to regulate private land use via local government units, state legislation was required. 18 states enacted some variant of the law by June 1937 and all had by 1947. Once state legislation was enacted, farmers in a region could form a Soil Conservation District upon petition and favorable vote. In the Great Plains states of Colorado, Kansas, Montana, Nebraska, Oklahoma, and North and South Dakota there were 39 districts by 1938 covering 18,248,000 acres and 568 covering 318,316,000 acres by 1950.39 Within the districts, individual farmers entered into contracts with the SCS to cooperate in reducing soil erosion for five years. The SCS would provide equipment, seeds, fencing, and personnel for erosion control. Erosion control ordinances imposing land use regulations on all farmers could be adopted upon a favorable vote of a majority of the farmers in a district. Under the statute, the district supervisors could occupy parts of farms and begin erosion control with the costs plus 5 percent levied by court order against the farmer. Further, farmers who did not comply were ineligible for SCS assistance.

The Dust Bowl was one of the most severe environmental crises in North America in the 20th Century. Severe drought and damaging wind erosion hit in the Great Plains in 1930 and lasted through 1940. Sustained strong winds blew away an average of 480 tons per acre of topsoil. Although there were similarly severe droughts in the Great Plains earlier in the 19th century and later in the 1950s and 1970s, there were no comparable levels of wind erosion.7 Excessive cultivation in the 1930s is the standard explanation for the Dust Bowl. The issue to be explained is why cultivation was more extensive and use of erosion control techniques more limited in the 1930s than later in the twentieth century.

Beginning in 1937, the federal government promoted local soil conservation statutes and districts within each state to subsidize and often force adoption of erosion controls. These included use of strip cropping, certain types of
fallow, terracing, and the planting of trees for windbreaks or shelterbelts. Soil Conservation Districts were established throughout the Great Plains so that by December 1956, there were 827 Soil Conservation Districts in the Great Plains states. The Soil Conservation Districts generally encompassed entire counties or more, and hence, were much larger than individual farms and better able to internalize the externalities associated with soil erosion control and to coordinate anti-erosion efforts among the farmers in their districts. Further, by the 1950s, gradual consolidation increased farm size. As a result, by the 1950s use of wind erosion control techniques was much more prevalent in the Great Plains than in the 1930s.