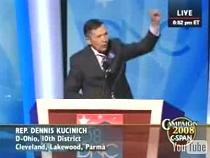 Congressman Dennis Kucinich (D-OH) gave a rousing speech at the Democratic National Convention Tuesday evening. He voiced a call for America on election day to vote her own best interests. Though solidly on the left, Kucinich stressed a different political axis — the up-down:

Wake up America. This is not a call for you to take a new direction from right to left.

This is call for you to go from down to up.

Up with the rights of workers.

Up with fair trade.

Up with creating millions of good paying jobs rebuilding our bridges, ports and water systems.

Up with creating millions of sustainable energy jobs to lower the cost of energy, lower carbon
emissions and protect the environment.

Up with health care for all.

Up with education for all.

Up with home ownership.

Up with guaranteed retirement benefits.

Up with the Democratic Party

Up with Obama – Biden 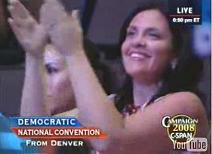 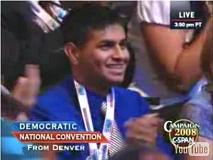 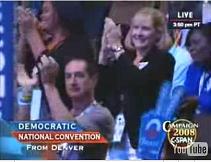 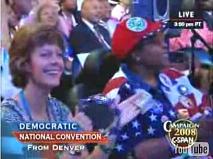 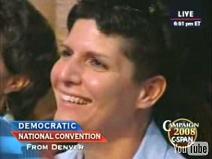 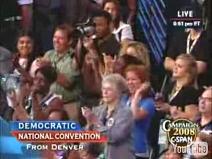 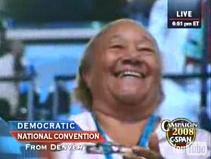 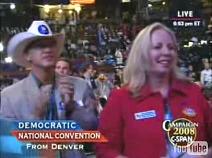 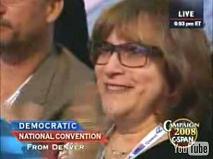 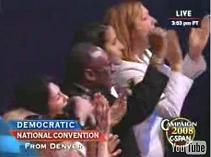 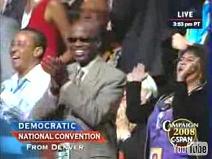 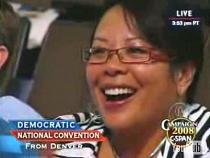 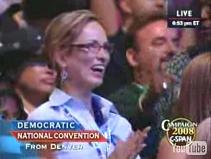 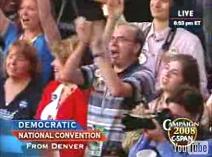 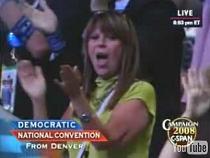 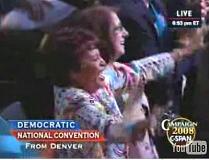 Petition Congress to to impeach Bush: Rep. Kucinich is trying to get one million signatures by September 10th to move his impeachment bill. He will deliver your petition and message to your Congressman.

Kucinich is simply the best.

George W. Bush’s sentence-by-sentence speaking skills are deteriorating. Apparently, this may be due to a mental illness called “presenile dementia.” Bush may or may not be secretly still drinking heavily. Bush suffers from narcissism and megalomania. Moreover, Bush has been arrested three times. Bush was arrested for disorderly conduct. Bush was arrested for stealing. Bush was also arrested for a serious crime — driving under the influence of alcohol. There are reasons to believe that Bush suffers from a learning disability. Bush’s learning disability would explain a lot of things. All in all, Bush is a severely mentally ill individual. Bush is not fit to be the president of the United States.